Today we will discuss Phoenix, the fifth most populous city in the USA. Phoenix, which is the capital of the state of Arizona is the largest city in Arizona and one of the largest cities (are wise) in the US about 375 miles from Los Angeles. The city is just 240 kilometres north of the US–Mexico border and hence it is natural that their food would have a heavy influence on Mexican cuisine.

The cuisine is heavily influenced by its climate. It is close to the desert accompanied by a dry hot climate for almost 10 months of the year. As mentioned earlier Phoenix today is well known for Mexican food, thanks to the closeness to Mexico. Subsequently, it has brought people from other countries, which has added to the local flavour. Today there is an eclectic mix of cuisines from Greece, Hawaii, Italy, and Japan to name a few.

Arizona's official state food is its state fish, more well known as the Apache trout. However, the state has some unofficial state foods, particularly the chimichanga. Chimichangas, also known as deep-fried burritos, are a favourite, a reflection of Mexican influence.

Chimichanga is the most preferred dish in Phoenix. 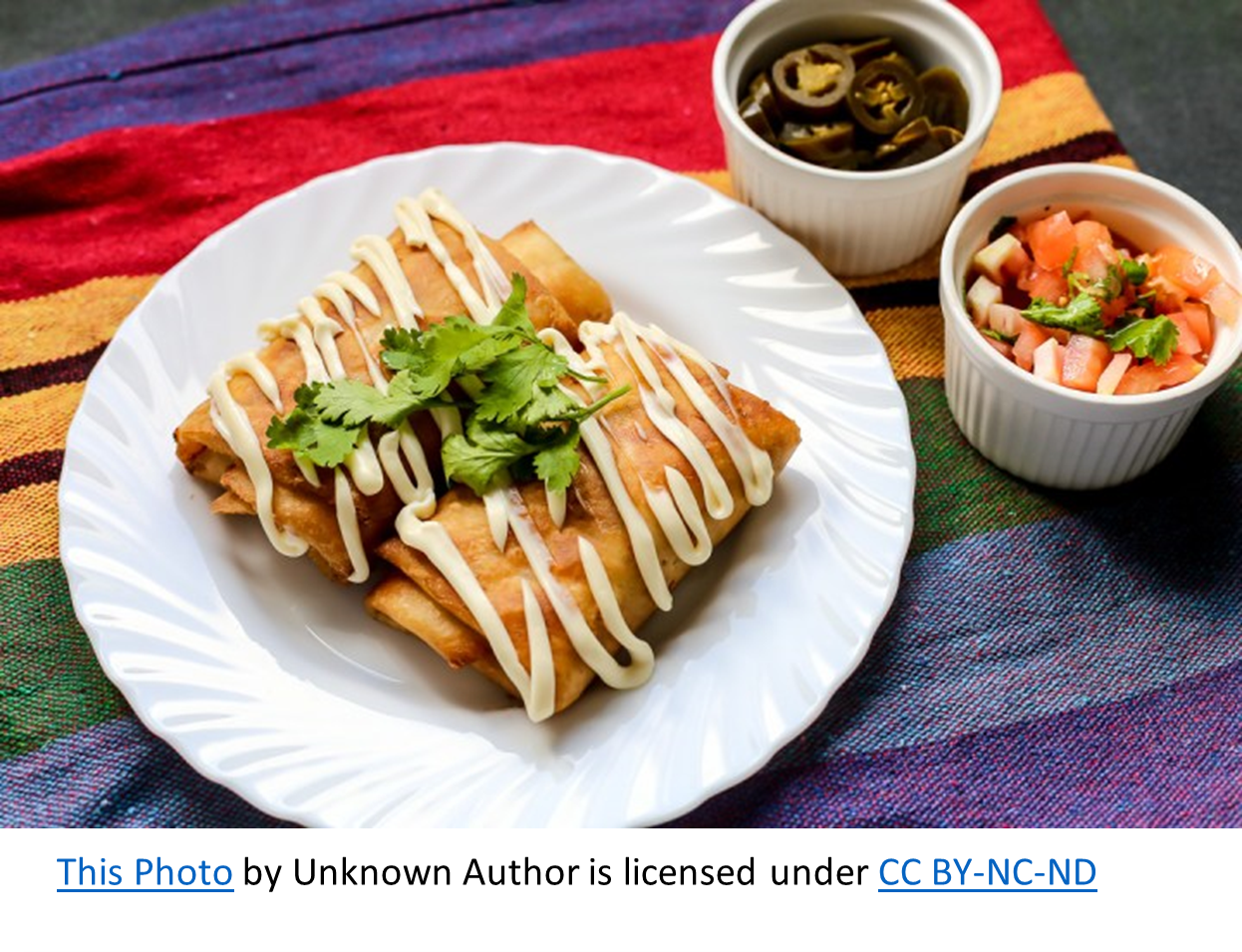 Chimichanga has achieved cult status in Arizona state. A Chimichanga is a large burrito prepared with a choice of meat, and vegetables, deep-fried with various spices and served with cheese and sauce. The locals prefer large, overstuffed versions. Restaurants have their unique versions of this dish.

Tucson is known as the “Mexican food Capital of the U.S.” and two Tucson restaurants claim that they created the first Chimichanga. in 1922 especially – the El Charro Cafe – Tucson, Arizona and Macayo based in Phoenix

You take a large burrito and deep fry it. A crispy tortilla filled with shredded meat is the main dish on the menu at most Mexican restaurants in Arizona. It may have been invented in Mexico, where originally it was the size of an egg roll that is topped with sauce and sliced tomatoes. It is now the staple diet, especially when it is topped with red chilli sauce. Some restaurants you must visit to taste the original dish - La Pinata, Carolina’s Mexican food, Valle Luna

The burger is the second most preferred food item. 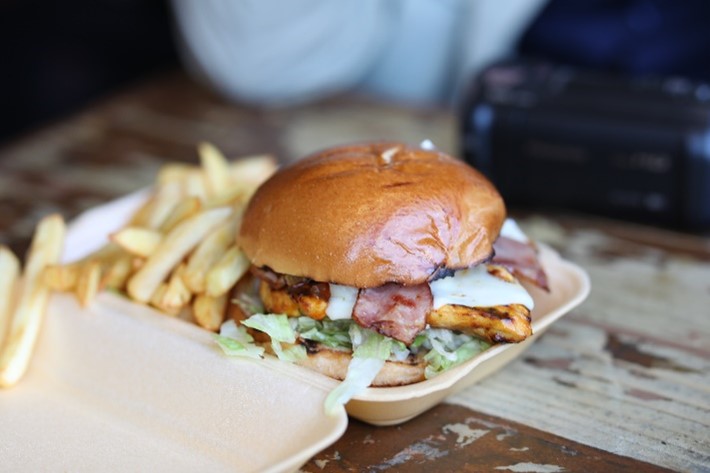 The burgers have thick-cut bacon, jalapeños, and a chilli pepper pod belonging to Capsicum annuum., along with a spicy tinge of sweet sauce prepared locally.

Rehab Burger Therapy is the most famous burger outlet in Phoenix. It serves the tastiest burger. It is served with salty bacon along with sweet jam, peanut butter, and hot chilli sauce to give a unique culinary experience. When it is done medium you get a juicy patty. Moreover, it is in the middle of Scottsdale, the most popular place to shop for everything from pottery to art galleries.

Compare this with the Ramon Burger available in Los Angeles or the Burgers of New York and share your opinion with us at support@dyalrental.com

The last of the top three is the Burritos 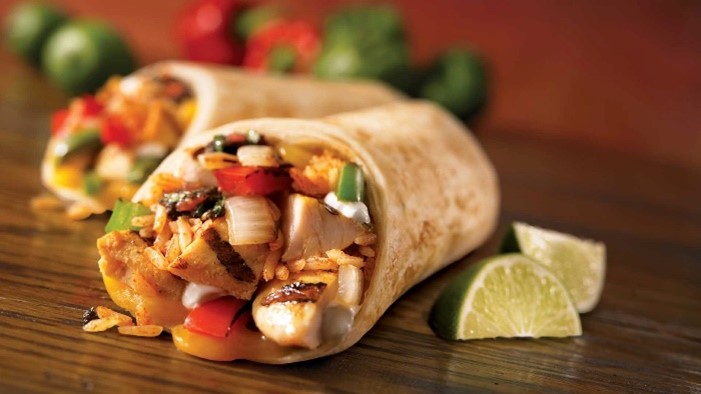 There is always a reasonable burrito stall or a street-side vendor within a short distance from any residence. The carne asada burrito is very famous throughout Phoenix and besides this, two more famous chains are the Burrito Express and the Filiberto’s.

Arizona burritos are meaty, unlike the thin burritos you’ll find in Los Angeles. The burritos made in Phoenix are simple with just a piece of thick meat mostly spiced pork, with a little cheese wrapped in a fresh tortilla. They do not, normally, have sour cream, lettuce or other stuff inside, as the Arizona burritos are very close to what is available in northern Mexican states. It is a protein-packed, full meal helpful to the toiling workers to get through a hard day of manual labour. Try one from any of the following joints, some of them are open 24 hours a day like the Filiberto’s, or Los Betos. Be sure to have a good appetite as it is quite filling. Some restaurants that are well known for burritos are the Taco Boys, Taco Chiwas, Ta Carbon

PIZZA ranks fourth among the most popular foods in Phoenix. 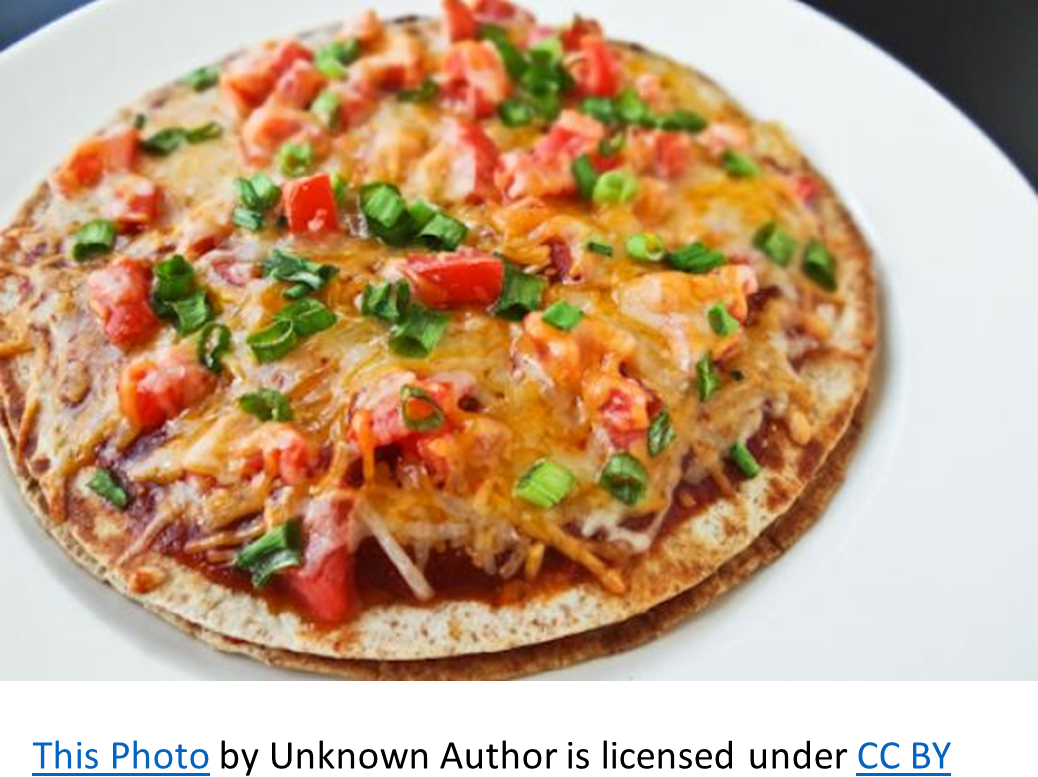 Pizza is an ever-popular dish anywhere. The best pizza in town and the most popular pizza point in Phoenix is Pizzeria Bianco. Its proprietor Chris Bianco is an award-winning culinary expert who established this outlet in Phoenix. This place has been declared the best pizza outlet in the country by many famous food magazines. What is usually available is the deep-dish pizza and this is what you should opt for. Compare this with the deep pan pizza that is famous in Chicago or the salmon smoked pizza of Los Angeles or the thin hand-tossed crusted pizza of New York

It takes 45-50 minutes to cook a deep-dish pizza. To make a proper, it is necessary to cook the dish lower and slower. Even though Phoenix is far away from Chicago, the local restaurants have understood how to make it in the desert. It is so popular that there is always a line waiting for the dish, but you can pre-order beforehand.

Other places you can try out our La Piazaz Al Forno, Hot Daisy Pizza, Fire and Brimstone, The parlor Pizzeria

Guacamole is fifth in this list of the top five most popular foods of Phoenix. 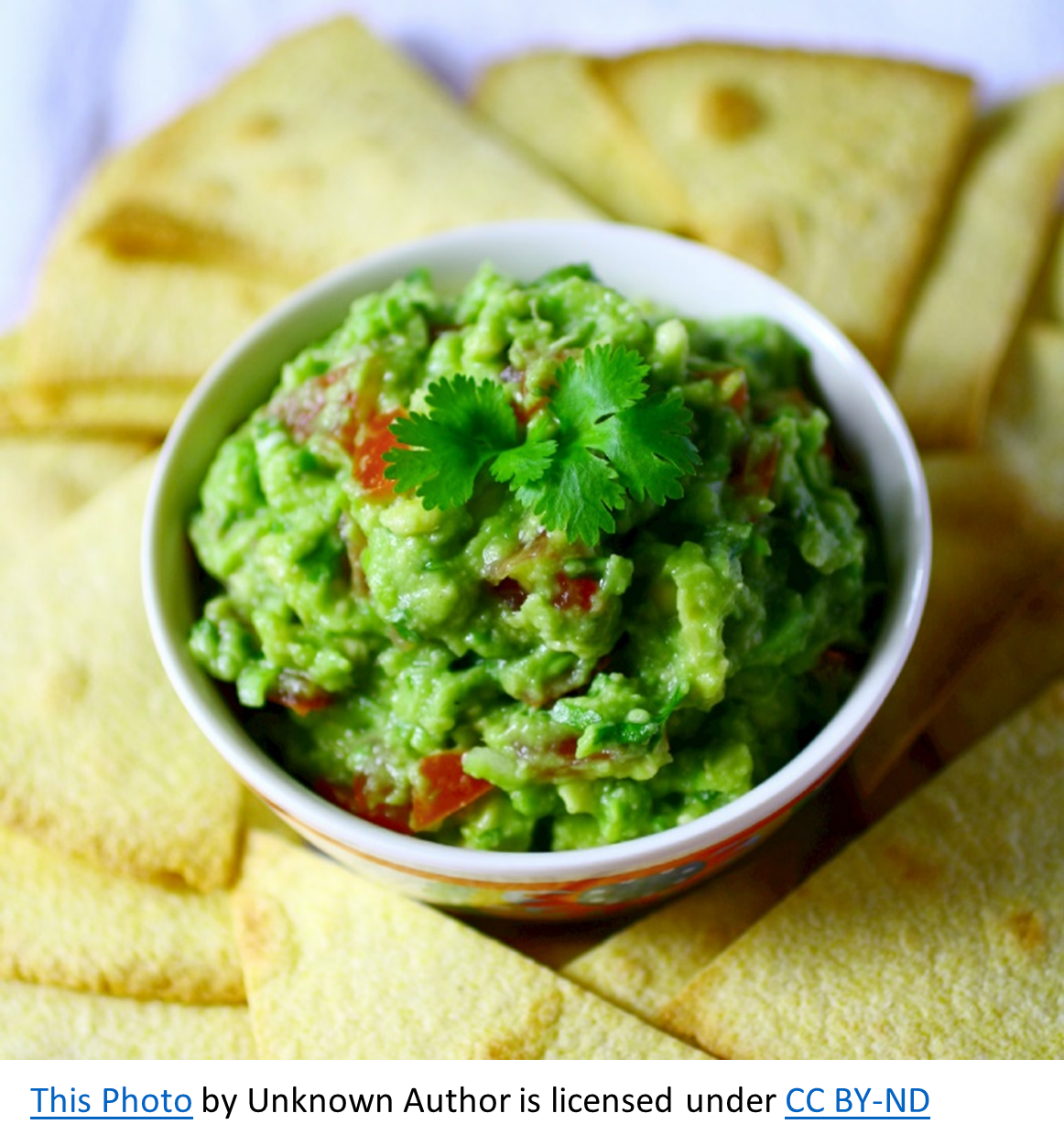 Guacamole is considered the soul food of Arizona state and hence, many prefer it in the local authentic style. But others are willing to experiment.

Guacamole is essentially mashed, raw avocados with other ingredients added to taste. The avocados give guacamole a distinct green base, and other constituents, like onions and tomatoes give it added flavour. It is a perfect party snack and a favourite side dish. Due to its base of avocados, it is considered very healthy. It has been linked to improving skin, and heart, as well as helps in weight loss and stronger immune and digestive system.

While you are in Phoenix, do not forget to take pictures of all the places you visit and all the specialities of Phoenix that you taste. And there is no better phone than an iPhone to capture your memories of your holidays forever. iPhone is just the right choice to take pictures and share with your friends' high-quality images. Images that are rich in quality balance very well with the fine dining experience. If you do not have an iPhone to complement your visit to the city, do not fret. You can rent iPhones an economically from Dyal Rentals. Rent iPhones in Phoenix and steal the moment in your memory card takeaway priceless experiences